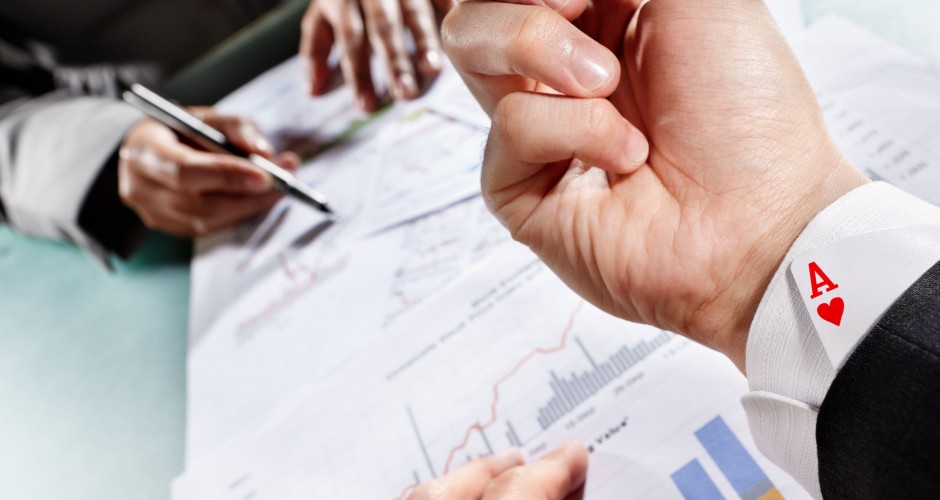 President Barack Obama has been using the September jobs report as an example of his success and proof that the economy is moving in the right direction.  He has been bragging, claiming that, “more Americans are entering the work force, and more people are getting jobs.”  The September unemployment rate fell to the lowest level in more than three years, unexpectedly falling from 8.1% to 7.8%.  Good news, right?

Well, maybe for Obama it was good news.  Many see the seemingly optimistic numbers just a political sleight of hand to allow a political boost to Obama just days after his lackluster performance during the first presidential debate against GOP rival Mitt Romney. Watch the rather humorous clip of Rick Santeli arguing that the economy has NOT improved and that he predicted last month pre-election BLS data would show sizable decreases in unemployment and that it would be under eight percent.

So, what has Santeli so fired up about and caused CNBC host Joe Kernen to mutter, “Oh, sh*t?”  First of all, everyone needs to realize one important fact:

Here’s where the WEIRD phenomenon comes from: 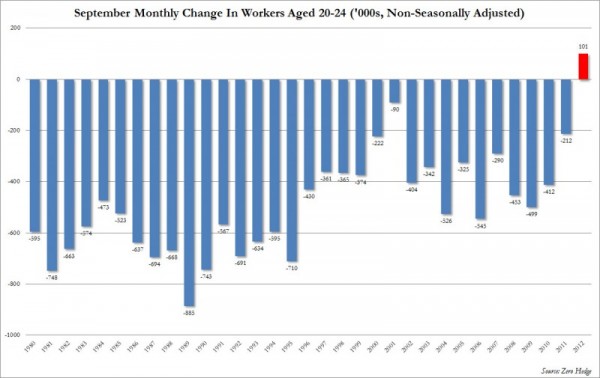 Huh, for over 30 years the employment rate for those in the 20-24 demographic went down.  So, over those years the economy has went up and down, but this one stat stayed constant.  Ok, it makes sense when you realize that this is when young Americans go back or decide to attend college.  All except 2012, coincidentally right after Barack Obama bombed in front of millions of potential voters, this number rose so significantly that it affected the overall unemployment rate enough to bring it to its lowest level since Obama took office in January 2009.

I’ll believe that when my sh*t turns purple and smells like rainbow sherbet.  The sad truth is that when Barack Obama began his fundamental transformation of America in January, 2009, the labor force participation rate was 65.7%, meaning nearly two-thirds of working age Americans were working or looking for work.  Now, the unemployment report being celebrated by Obam contains a labor force participation rate of 63.7%, the most rapid decline in U.S. history.  So, under President Obama nearly 5 million Americans have left the workforce in hopeless despair.

The facts are facts.  Everyone should be able to clearly see that Barack Obama’s Keynesian economics only left us with the worst economic recovery since the Great Depression.  The choice should be clear, even for dummies…