Are the latest dismal economic numbers proof we are NOT moving FORWARD? 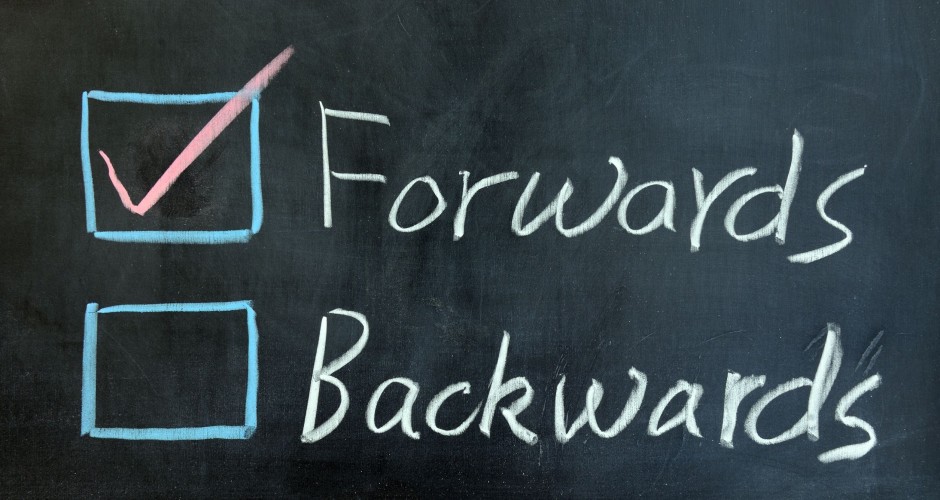 Economists on both sides of the aisle agree that this is one of the weakest recoveries since the  Great Depression.  New York Times economic columnist Paul Krugman, one of  President Obama’s early supporters, said, “This is still a terrible economy.”  The latest economic figures were worse than expected and are downright frightening.  Rick Santelli laments on the recent GDP Numbers being ”Depressingly Weak.”

Santelli is referring to the release of the third reading on Q2 GDP that economists expected to be unchanged at a sluggish 1.7  percent, but was revised down to 1.3  percent on an annualized basis.  Also, new durable goods orders in August dived 13.2 percent, the most since the recession, pointing to a sharp slowdown in factory activity even as a gauge of planned business spending rebounded.  So, how in the hell do the majority of Americans still think Barack Obama would be better for the economy over the next four years than Mitt Romney even though an overwhelming majority acknowledge the economy is worse now than it was when Obama’s term began?

Their are only two possible answers: people are either communists/socialists or are just uninformed.  While we have far too many big government, central planning, communist share the wealth philosophy proponents, the more accurate answer sits with how the majority of Americans get their news.  Most voters get their political and economic news from the mainstream media, but the elites who  pay for and produce these programs bend over backward to report as little as possible about the levels of economic deprivation that characterize the Obama’s presidency.  Just listen to Obama telling CBS’ “60 Minutes” that the economy was moving in the right direction.  “Do we keep moving forward and continue to make progress or do we go backwards  to the very policies that got us into this mess in the first place?”

We have one major problem Mr. President: by virtually every major economic measurement, we have been falling backward over the past four years, not moving forward.  Figures from the Census Bureau’s Current Population Survey, compiled by Sentier Research, show that the typical American household’s real (inflation-adjusted) income has actually dropped 5.7 percent during the Obama “recovery.”  Amazingly, incomes have actually dropped more than twice as much during the “recovery” than they did during the recession.

We can do better.  The media wants us to forget that the average national unemployment rate during the evil Bush administration was 5.2  percent, while the rate is averaging 9 percent under Obama.  Obama refered to George W. Bush as “unpatriotic” for amassing a budget deficit totaling $1.18 trillion over his last four years, yet Obama’s four deficits have added $5 trillion to the national debt.  Lets not forget that when Barack Obama was sworn into office in 2009, regular gasoline was selling for about $1.90 a gallon.  Today, under his energy policies, it  is approaching $4 a gallon.  The list goes on and on.

Mitt Romney summarizes the Obama economy best, he repeatedly says, “This is the best Obama can do, but it’s not the  best America can do.”