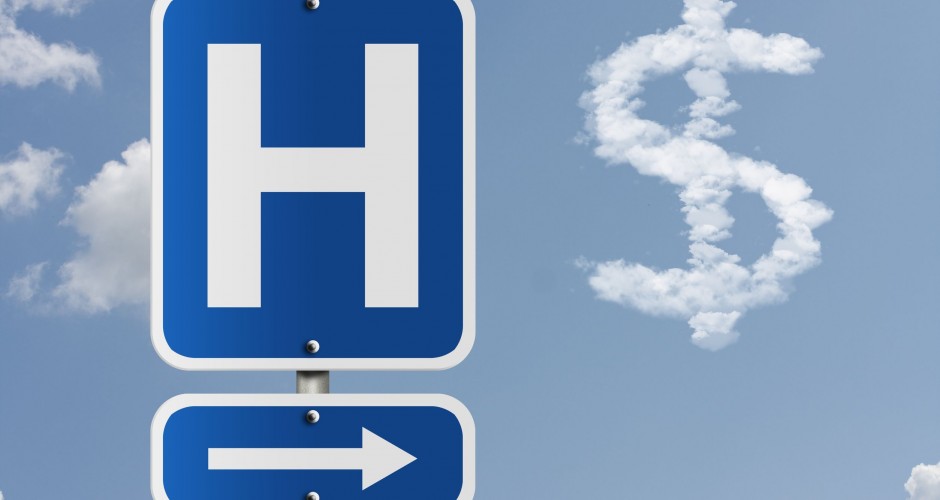 While the U.S. Postal Service prepares for its second default in two months Americans needs to be asking themselves if we really want to entrust the federal government with 20% of the nation’s economy and more importantly our lives.  President Barack Obama used $27 billion in incentives in his 2009 economic stimulus law to force hospitals and doctors’ offices to convert from paper record-keeping systems to electronic ones (EMR), an effort the administration said would reduce medical errors and save the taxpayer money.

In reality, the move to electronic health records just contributed to billions of dollars in higher costs for Medicare, private insurers and patients by making it easier for hospitals and physicians to bill more for their services, whether or not they provide additional care.   Another epic fail for the central planners in Washington.  Obama thought that a shift to electronic medical records will help save families up to $2,500 a year in his first term.  In fact he campaigned on it:

I will sign a universal health care bill into law by the end of my first term as president that will cover every American and cut the cost of a typical family’s premium by up to $2,500 a year.

So, while Obama made this one very specific promise to voters, that he would cut health insurance premiums for families by $2,500, and do so in his first term, he didn’t deliver. What we got, it turns out, is quite the opposite. Family premiums have actually increased by more than $3,000 since Obama’s vow, according to the latest annual Kaiser Family Foundation employee health benefits survey. 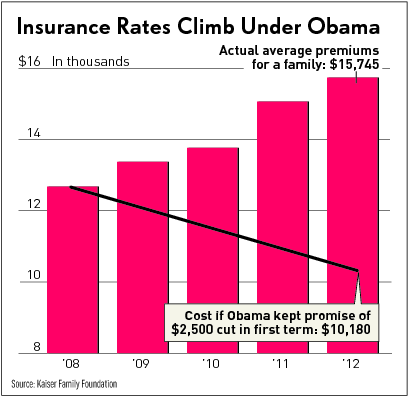 ObamaCare will only continue to fuel health premium inflation.  If for no other reason, this is why we need to fire Obama and elect Mitt Romney as President.  Mitt Romney pledges that on day one of his presidency, he will take immediate action to repeal and replace Obamacare.