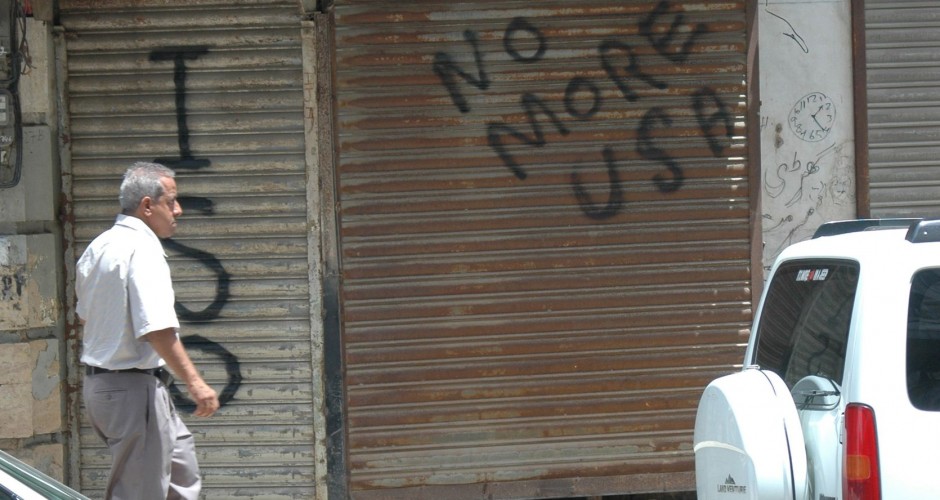 At the 2012 Democratic National Convention, Barack Obama made his case to the American people for a second term by touting his experience as a steady leader in the face of overseas crises and mocked Mitt Romney as “new to foreign policy.” Lets not forget that last time around it was the president who was criticized for being unexperienced with foreign affairs.  While competing for the Democrat nomination, Hillary Clinton suggested that Barack Obama was so naïve on the world stage he’d need a “foreign policy instruction manual” should  he win office.

Tragically, protesters fired  gunshots and burned down the U.S. consulate in the eastern Libyan city of Benghazi, killing one American diplomat and in Egypt, protesters scaled the walls of the U.S. embassy in Cairo and  replaced an American flag with an Islamic banner.  These attacks were the first such assaults on U.S. diplomatic facilities in either country,  at a time when both Libya and Egypt are struggling to overcome the turmoil  following the ouster of their longtime leaders, Muammar Qaddafi and Hosni Mubarak in uprisings last year.  While these actions perpetrated by Islamists were not caused by Obama, they do bring into question the long-term effects of apologizing for American values and leading from behind.

The president has argued that Republicans “want take us back to an era of blustering and blundering that cost America so dearly.”  At the DNC, Massachusetts senator John Kerry praised Barack Obama’s foreign polices as one’s that “proceeds in a steady and thoughtful manner.”  While the president consistently polls well for his handling of national security, I wonder if that would remain constant if the media would report the news in an unbiassed fashion.  Maybe then, the American people would see how the “thoughtful” approach does not provide us with the security and prestige that we deserve.

The first example of the thoughtful approach was the statement put out by the U.S. embassy in Cairo following the riots in Egypt where Islamists tore down the American flag:

The Embassy of the United States in Cairo condemns the continuing efforts by misguided individuals to hurt the religious feelings of Muslims – as we condemn efforts to offend believers of all religions.

The mainstream media has not reported the striking increases in deaths and casualties in Afghanistan under Obama, while they blasted George Bush (maybe rightfully so) for the same.  Under Obama’s one term as president, in one-third the amount of time George Bush was Commander and Chief, at least 1,405 soldiers have died and nearly 15,000 additional soldiers have been wounded, which means 70% of the deaths  and nearly 80% of the injuries in Afghanistan have occurred under Obama’s watch.

President Barack Obama touts as a fulfilled promise and a success that virtually all U.S. troops have returned home from Iraq and has declare an end to America’s long and costly war in that Middle Eastern nation.  This is certainly not an end to the war, and it’s not even an end to the U.S. occupation of Iraq.  It was just a media stunt accomplished by a clever use of smoke and mirrors to replace the U.S. military, bound by the constitution and beholden to the American people, with tens of thousands of private mercenaries, often refered to as “dirty gangs” by Iraqis.  So at the U.S. embassy in Bagdad, our largest foreign embassy, Hilary Clinton commands over 10,000 U.S. State Department employees with their own small air force, countless drones under their control, and armored personnel carriers while they transition from a diplomatic mission to a military one.

The 2012 DNC platform recognize America’s enduring interest in supporting peace and prosperity in Europe, as well as bolstering the strength and vitality of NATO, which is critical to the security of the continent and beyond.  The reality seems that the U.S. is working hard to create antagonists where it previously had friends.  President Obama scraped a missile-defense agreement the Bush Administration negotiated with Poland and the Czech Republic.  If you don’t think this was a move to cozy up with Russia, keep in mind that Obama terminated the program on the seventieth anniversary of Russia’s invasion of Poland.  Former Polish President Lech Walesa, worried the new U.S. administration was turning away from its traditional allies in Central Europe to placate Russia. “It’s not that we need the shield, but it’s about the way we’re treated here.”

The DNC platform claims that ”President Obama and the Democratic Party maintain an unshakable commitment to Israel’s security.”  Barack Obama suggested that Israel should return to the pre-1967, indefensible “Auschwitz” borders and just recently the White House declined Israeli Prime Minister Benjamin Netanyahu’s request to meet U.S. President Barack Obama during a UN conference in New York at the end of the month.  The White House’s response seems to mark a new low in relations between Netanyahu and Obama, underscored by the fact that this is the first time Netanyahu will visit the U.S. as prime minister without meeting Obama.

When speaking of the Arab Spring the DNC platform affirms, “since the beginning of the protests in Tunisia, the United States has consistently opposed violence against innocent civilians, supported a set of universal rights for the people of the region, and supported processes of political and economic reform.  In Iran, President Obama spoke out in support of the pro-democracy protestors and imposed human rights sanctions on the Iranian government.”  Congress has restricted and, in fact, halted military aid to Egypt until and “unless the State Department certifies that Egypt is making progress on basic freedoms and human rights.” President Barack Obama’s deputies are negotiating a $1 billion aid package with  Egypt’s Muslim Brotherhood Islamist government, even as Egypt’s cash-strapped military revealed  that it is trying to buy $1 billion worth of German submarines that could  threaten Israel’s fast-growing offshore energy project.

The truth is that the failure goes on and on.  In order to get the facts, citizens need to arm themselves with the truth.  Unfortunately, the mainstream media is fully in bed with President Obama and the Democratic Party.  The only chance that Barack Obama has at re-election is to keep voters in the dark about the truth:  Obama has mismanaged foreign policy just like he has the economy.