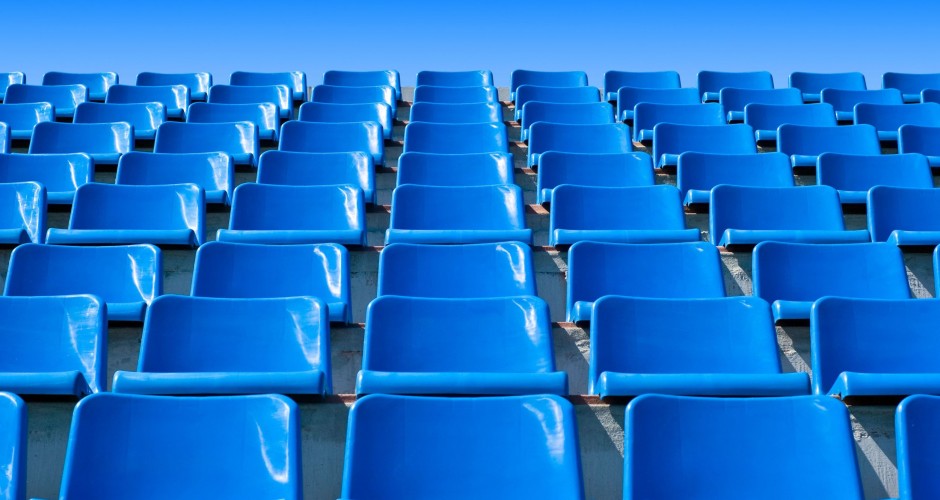 The main event, Obama’s acceptance speech, is scheduled for the 74,000-seat Bank  of American Stadium.  Four years ago, when Obama gave a similar open-air speech  at an NFL stadium in Denver he drew an energized, enthusiastic crowd of 80,000.  Steve Kerrigan, head of the DNC convention, said at a Monday morning press conference, “[The speech] at the stadium will go forth rain or shine.”

Wait, another Democrat about-face, today it was announced that President Barack Obama’s big speech on Thursday night will  move from the vast Bank of America stadium to the much-smaller Time Warner  indoor arena. That is a crowd downsized by 50K, with the forecast for Charlotte on Thursday staying the same, a 40 per cent chance of  rain with only the possibility of thunderstorms: ‘Overcast with a  chance of a thunderstorm and a chance of rain..Chance of rain 40% with rainfall  amounts near 4.8 mm possible.’  The chances of rain in the evening drop to 30 per  cent.

With Obama’s speech moved indoors, there will likely be thousands of  disappointed fans.  However, with enthusiasm surrounding the Obama campaign seemingly diminishing, there have  been concerns that the stadium could even be filled.  This in nothing new for the “Forward” 2012 campaign, when Barack Obama launched his re-election at Ohio State University on Karl Marx’s birthday it was to a stadium full of mostly empty seats. 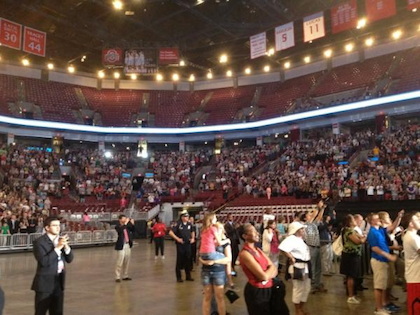 The official Barack Obama Tumblr boasts a figure from ThinkProgress that 14,000 attended the event, that is only 70% of the stadium’s seating capacity.  Keep in mind that this was less than half the crowd that greeted the President in Ohio only two years ago.  It’s a good thing Obama aides maintain that the president appearing before smaller crowds is all part of the new more intimate plan.  Apparently, Obama’s team wants the American people to believe that they are intentionally working to minimize the turnout of supporters at 2012 campaign events.  Campaign spokeswoman Jen Psaki said, “Our focus right now is on exciting our supporters and winning over undecided voters and the smaller and medium-size events are the best venue to accomplish that because the president can closely engage with the crowd.”

COME ON MAN!  Recent polls show that Republican voters are far more enthusiastic about the upcoming election than Democrats.  Figures show almost 2/3 of Republicans describe themselves as either extremely enthusiastic, or very enthusiastic, about voting out Obama in 2012.  What is important about this is at the same time Democratic enthusiasm is dropping.  Only 21 percent of Democrats say they are extremely enthusiastic about voting, and 22 percent described themselves as very enthusiastic about voting.  The real reason Obama’s speech was moved indoors was because they couldn’t have thousands of empty seats broadcast into households across America.  Traditionally, Democrats have been very good at motivating their people to turn out and vote, but if Democratic enthusiasm wanes a good number just may stay home or vote for the economy, not ideology. When that happens, President Obama’s tenure will come to an end in January, 2013.