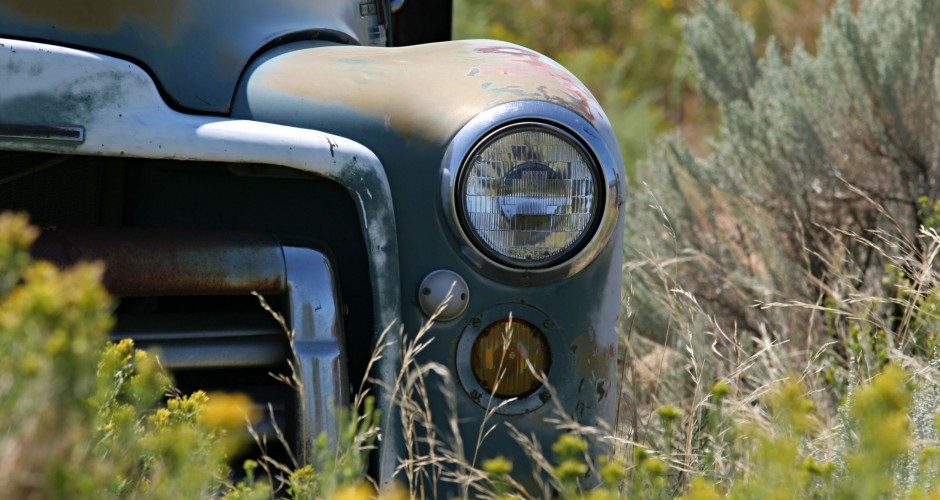 A  standard question of modern presidential elections is “Are you better off”, and how has the middle class been affected?  At least by the numbers, Americans are not better off than they were four years ago:  the middle class has been crushed, unemployment remains high, incomes have fallen, and gas prices have doubled.  Vice President Joe Biden recently answered the question “You want to know whether we’re better off?” to a cheering crowd of about 3,500 union members in Detroit,  “I’ve got a little bumper sticker for you: Osama bin Laden is dead and General Motors is alive.”

We constantly hear the Democrats touting the $50 billion bailout of General Motors (GM) as a successful example of Barack Obama’s administration’s policies, but is GM still alive?  Well, not really.  General Motors, thanks to poor leadership and soaring union labor costs, has been on the slow decline since the 50′s when it sold about half the cars in the U.S.  Things are different now.  General Motors’ market share in the U.S. is below 20 percent.  When Obama got involved in picking winners and losers he claimed he was “supporting investment” and “betting on America’s workers.”

Whether you agree or disagree with Washington gambling with your hard-earned tax dollars, the GM bailout is past tense:  So, how did we make out?  Obama told a campaign event audience in Colorado, “GM is No. 1 again and the American auto industry has come roaring back.”  Though the statement was technically accurate at the time it was said, it is important to investigate the context.  The President is quick to look for excuses for his nearly absent economic recovery, he has even lamented that the American economy has already had to absorb an earthquake in Japan.  You can’t have it both ways.  The only reason GM momentarily took over the #1 spot is not because they increased profit or productivity, it’s because Toyota had to completely shut down its Japanese plants for months in the aftermath of the same earthquake.  The facts are GM’s market share and profits got an artificial boost in 2011 as Japan’s earthquake and Thailand’s massive floods wrecked havoc with supply chains for Toyota and other Japanese automakers.  The problem is Toyota is back on track and VW and Hyundai are aggressively expanding in America, resulting  in GM rapidly losing share in 2012.

Right now, the federal government owns 26% of GM, some 500,000,000 shares.  We would need to get about $53.00/share for these to break even on the bailout, but the stock closed at only around $20.21/share.  This left the government holding $10.1 billion worth of stock, and sitting on an unrealized loss of $16.4 billion.  Government Motors leadership has the company going in the opposite direction of the stock market as a whole.  While the Dow Jones Industrial Average has risen by almost 20% since the bailout, GM shares have lost 49% of their value relative to the Dow.  The scary thing is while treading water trying to stay afloat, financial reports reveal that GM is relying increasingly on subprime loans to boost sales.  GREAT.  Subprime lending, the practice that played the most significant role in the housing market crash.

While the Democrats like to sing about the wealthy “paying their fair share”, in 2011, GM paid nothing in federal income taxes despite claiming record profits of $7.6 billion, the “highest profits in the 100 year history of that company” according to President Obama.  In actuality, the IRS wrote GM a check in effect for $110,000,000, representing an effective tax rate of a negative 1.5%.

The GM bailout was never about saving jobs, it was about saving union jobs.  When GM went under, the new GM management—while being overseen by the Obama Administration—spent $1 billion of taxpayer’s money to supplement the pensions of Delphi’s UAW retirees. The non-union employees were not so fortunate— GM did not supplement their pensions.  The UAW was the winner, having joined the ranks of ownership by being awarded a 17.5% stake in the company and in doing so securing themselves a seat on the board of directors and place on par with secured lenders (ahead of even the US Treasury) in the event of a liquidation.  The real reason that GM jobs have value to the Democrats is that they are held by a Democratic constituency – labor unions.  Barack Obama gave our money perserving 210,000 union employees at GM overlooking the 3.2 million non-union employees of small businesses who also lost their jobs.  All that is left is whether Obama will count these union jobs as saved AGAIN, when he will have to bail GM out again.