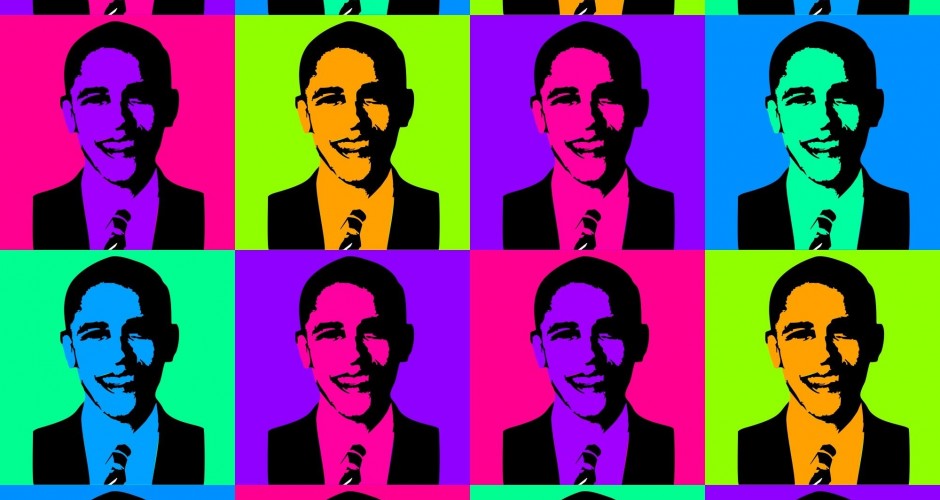 Jon McNaughton is an established and yes, controversial artist from Utah whose new paintings, including his latest “Obamanation” have attracted the international attention of millions over the last few years.  He primarily focuses on highly detailed religious and patriotic subjects pictures that have relevance to what is going on in the world, that make a statement, and that stand for something. 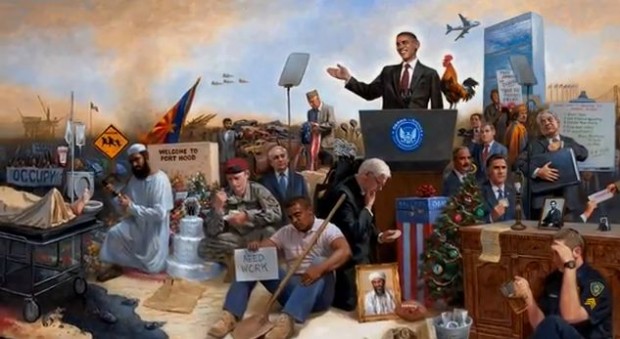 Jon McNaughton describes “Obamanation” as representing “all the subtle, mindless, radical and dangerous atrocities of the Obama administration” in a single painting.  The unique thing about McNaughton’s artwork is that he posts his pieces on-line and makes the work interactive.  Visitors to his website can hover over various elements of the painting and view information regarding what it represents.  Jon is just a citizen of the greatest country on the planet exercising his first amendment rights, hoping that “No person can analyze this image and learn about these facts and still, in good conscience, vote for Obama in 2012.”

Let’s hope the American people are paying attention. The Rasmussen Reports daily Presidential Tracking Poll for Sunday, September 2, shows Mitt Romney attracting support from 48% of voters nationwide, while President Obama earns only 44% of the vote. This shows Republican contender, Mitt Romney, gaining almost 6 points in a little over a week. Historically, the President’s job approval rating has been one of the best indicators for assessing his chances of reelection.  For the most part, the president’s job approval rating on Election Day will  closely resemble the share of the votes received.  Right now, 48% of voters say they at least somewhat approve of the president’s job performance.  Fifty-one percent (51%) at least somewhat disapprove of the job Obama is doing. 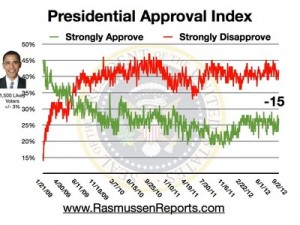 The intensity of support or opposition can also have a significant impact on election results. Currently, 27% of the nation’s voters Strongly Approve of the way Obama is performing as president. Forty-two percent (42%) Strongly Disapprove, giving him a Presidential Approval Index rating of -15. 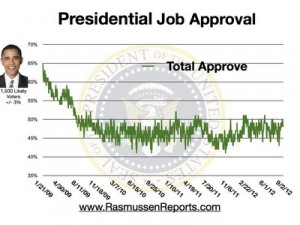 If the trends continue it looks like we will have another historical election. In 2008, we elected the first African-American president and in 2012 we will elect the first Mormon president. Even Barack Obama will have to admit that’s pretty cool…