Obama Trying Ideas People Came To America To Get Away From 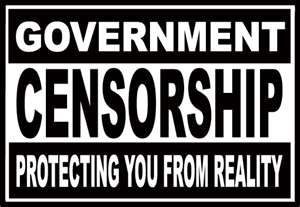 
The Republicans HAVE elected more women and Hispanic governors than the Democratic party.  How is this so, if the Republicans and the Tea Partiers are so racist?  The fact is they are not, the Democrats, with the backing of the mainstream media, wants you to think that the Republican Party hates minorities.  This was so blatantly obvious in the liberal news networks coverage of the Republican National Convention (RNC), when they actually cut minority speeches from its convention broadcast.  When popular Tea Party candidate Ted Cruz, the GOP nominee for Senate, took the stage, MSNBC cut away from the Republican National Convention and the Hispanic Republican from Texas’ speech.  MSNBC stayed on commercial break while former Democrat, and recent Republican convert, Rep. Artur Davis gave his speech, OH YEAH, Davis happens to be black.  ABC helped out when instead of airing Latina Governor Susana Martinez’s speech at the RNC, ABC chose to feature liberal Univision anchor Jorge Ramos bashing the Republican Party.  Ramos was talking over Martizez WHILE she was giving her speech.  What an ass.

So, if you got stuck watching the loathsome efforts of the LEFT to alter history and manipulate the news by not showing any minority speakers at yesterday’s Republican National Convention, bugoutalley will bring you up to speed.  One speaker you likely missed was Mia Love, who was the number one search trend on google despite the effort of the mainstream media to silence her.  She is the African-American (and Mormon) Mayor of Saratoga Springs, Utah and she has a good shot of becoming the first black woman Republican elected to Congress if she can beat Utah Democrat Rep. Jim Matheson.  In only two minutes she managed to do what many of the bigger name speakers failed to do:  energize the hall and bring the delegates to their feet.

Where was the coverage for Luis Fortuño, governor of Puerto Rico, who took over the U.S. territory back in 2009 when the deficit was 44 percent of its revenue and Moody’s was threatening to downgrade its bonds to junk status. What did he do, borrow money or seek a bailout? Well, he did have to take out a loan to meet the first payroll.  What he did next should be used as a model for every state and the country as a whole.  In only 24 months, Puerto Rico’s deficit was reduced from 44 percent of revenues to 11 percent.  Moody’s upgraded Puerto Rico’s bonds to A3 status, their highest rating in 35 years.  Fortuño brought business and manufacturing back by cutting the maximum corporate tax rate from 41 percent to 30 percent.  In 2014, it will go down further to 25 percent.  Starting in 2013, the average effective tax rate for individuals — comparable to the state and federal income tax bite combined — will drop from 9.4 percent to 6.7 percent, a 29 percent cut.  President Obama took office in the same month as Fortuño and should pay attention; while Puerto Rico was turned around, Obama has only increased deficits and debt by trillions.

Even though Tea party favorite Marco Rubio had one of those did-he-just-say-that moments by jumbling words during the concludimg moments of his RNC speech to accidentally advocate for bigger government at the expense of liberty, it was still pretty awesome.  Rubio had the crowd roaring and cheering as he criticized Obama for dividing the country and for failing to live up to his past promises of hope and change.

In the end, in this election, it doesn’t matter how you feel about President Obama. This election is about your future, not his.  This election is not simply a choice between a Democrat and a Republican, It’s a choice about what kind of country we want America to be…Obama is Trying Ideas People Came To America To Get Away From…

Senate Majority Leader Harry Reid, D-Nev., has accused the Tea Party of seeking to “bring the government down.”  This is the intention.  Government is too big.  Like President Ronald Wilson Reagan said in his first inaugural address, ”Government is not the solution to our problem.  Government is the problem”.