Why the American Welfare System is Not Working 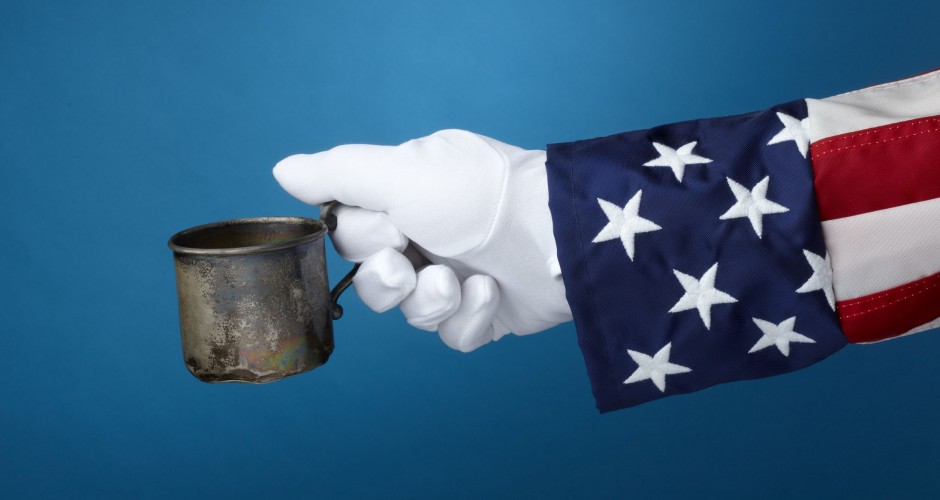 The reason why America is called “The Land of Opportunity” is because its people can climb up the socio-economic ladder through hard work and dedication. However, too often when U.S. citizens fall on hard times, they turn to the government for financial assistance.  The history of welfare in the United States reveals the compassion and goodwill of the American people, but opens up the question of personal responsibility versus government assistance to those in need.  Many argue that the United States welfare system has not promoted prosperity and self-reliance but, rather, a culture of entitlement. Since Washington got into the welfare business with the War on Poverty back in the 1960s, the poverty level has remained nearly the same, yet government welfare spending has soared.  President Obama admitted that government welfare has created dependency.  He noted:

I think we should acknowledge that some welfare programs in the past were not well designed and in some cases did encourage dependency.… As somebody who worked in low-income neighborhoods, I’ve seen it where people weren’t encouraged to work, weren’t encouraged to upgrade their skills, were just getting a check, and over time their motivation started to diminish. And I think even if you’re progressive you’ve got to acknowledge that some of these things have not been well designed.

The founders warned that a strong federal administration operating on the collectivist Left might lure subsequent generations to abandon their freedoms and their rights for promises of cradle to the grave entitlements that we see in a “welfare state.”  The following video humorously but sadly illustrates this point.

Thomas Jefferson wrote on the dangers of the welfare state: “If we can but prevent the government from wasting the labours of the people, under the pretence of taking care of them, they must become happy.”  So, what Jefferson warned, Barack Obama is practicing.  In short, more and more Americans are paying zero taxes; the country may be rapidly approaching a point where more than one-third of taxpayers do not pay taxes for the federal benefits that many of them receive.

The task to fix this mess is going to be difficult as so many voters pay little or nothing for the dependency-creating programs.  The facts are staggering, According to the Survey of Income and Program Participation conducted by the U.S. Census, well over 100 million Americans are enrolled in at least one welfare program run by the federal government.   When Obama is refered to as the “food stamp president”, I will let the reader be the judge:   The number of Americans on food stamps has grown from about 17 million in 2000 to 31.9 million when Barack Obama took office to 46.4 million today.  The federal government spent a staggering 71.8 billion dollars on the food stamp program in 2011.

Our founding fathers warned us against confiscatory taxation and deficit spending. That is exactly the boat we are in right now.  Saddled with over $100 trillion in unfunded liabilities, and a growing number of Americans who believe themselves entitled to benefits for which they pay few or no taxes, Americans must ask themselves whether we are near a tipping point in the nature of our government.  That tipping point is fast approaching when the largest retirement of people in world history will coincide at the same time when the percentage of “taxpayers” who pay no taxes is growing steadily.

Yes, we will always need a “safety net” for those that cannot take care of themselves, but it is absolutely ridiculous to think that the federal government can keep on taking from the “haves” and giving to the “have-nots”, especially when the have-nots are one-third of America and approaching 50%.  Our founding fathers foretold of the destruction that passing on debt to the next generation will bring and even argued that the ideas of socialism and communism are unconstitutional.  Samuel Adams said:

“The utopian schemes of leveling and a community of goods,  are as visionary and impractical as those which vest all property in the crown. These ideas are arbitrary, despotic, and, in our government unconstitutional.”

Our current path of deficit spending is unsustainable, everyone knows it.  History has shown the short comings of socialism and communism, and we have the privilege of seeing its latest failure firsthand as the Euro zone will collapse.  We can either make the difficult choices on  our own or we can wait til our massive debt that we are currently running destroys our financial system and our republic.