Is it time to put Chris Matthews out to pasture? 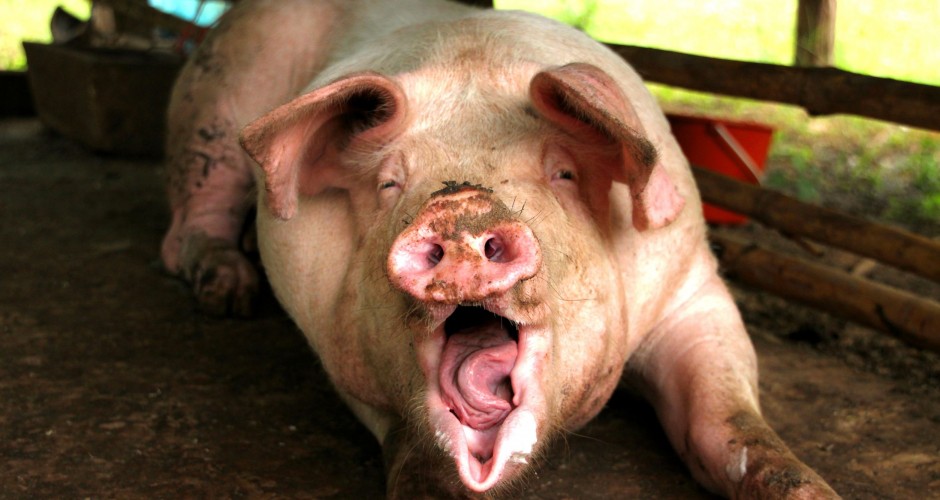 Mitt Romney has ripped apart President Obama’s campaign strategy as one of “diversions” that have taken the nation’s highest office to a “new low” that appears “angry and desperate.”  Well, birds of a feather flock together.  Chris Matthews of MSNBC proved he is completely washed up and a total moron while speaking with RNC chairman Reince Priebus.
Matthews has an unnatural love for Barack Obama as has admitted to getting a “thrill up his leg” every time he hears him speak. When you are out of facts and lack a defense, all that is left is to shout down the other side. It must have taken a lot of inner strength not to stand up and punch the blubbering idiot in the face.  However, it is still pretty funny to hear Priebus call Matthews “the biggest jerk in the room.”
At least Chris Matthews was stupid enough to go toe-to-toe with former Speaker of the House Newt Gingrich on topic of the GOP’s supposed use of racial “dog whistles.”  How any intelligent human being can watch Chris Matthews without throwing up is intriguing and begs the question if there are any intelligent liberals.

Visit NBCNews.com for breaking news, world news, and news about the economy

The truth is the Democratic party is desperate because unlike 2008, Republican voters are far more enthusiastic about voting — 13 percentage points more! — than Democratic voters. To make matters worse, a recent Pew Research Center analysis found that Democratic Party identification has slipped from its 2008 peak. When independents leaning toward one party or the other are included, the Democratic advantage in party identification is down 12% since 2008. That translates to a lot of missing voters and it looks a lot like the electorate that sent Bush 43 to the White House.  Hey Chrissy that thrill up your leg is going to be something warm and watery running down it on Nov 6.