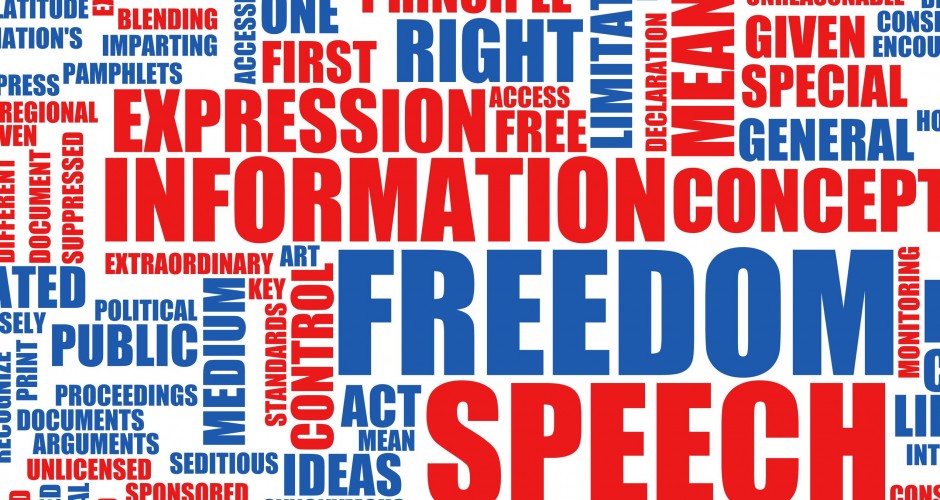 In case you missed it, our government perpetrated a crime against its citizenry recently by scooping up an American off the street and holding him indefinitely without charge for exercising his right to free speech.  This is truly frightening and clearly illustrates just how close to that edge of despotism we are currently teetering.  Glenn Beck refered to this act as a “shark bump”.  A shark bump is what a shark does to potential prey to gauge its vulnerability before deciding to strike.

After posting a Facebook comment labeled “The Truth”, where Brandon J. Raub listed grievances against the American ruling establishment, the FBI involuntarily detained him for psychiatric evaluation.  All Raub did was to expresses his belief that the American principles of limited government and personal liberty are being ignored and that corporations and international bankers run the state, not the people.  Raub has directly called for the arrest of bankers and politicians who consistently defy their oath to the United States Constitution.  He is a combat veteran who served in both Iraq and Afghanistan who was openly anti-war and a 9-11 Truther.  His personal opinions DO NOT CHANGE THE CRIME THAT WAS COMMITTED, no matter how stupid or crazy you think they may be.

Brandon Raub did not have a history of violence and had no record of mental instability.  He was contained after refusing to a warrantless search of his home.  Again, he was detained without charge, without Miranda rights, with no signs of a psychotic disorder and actually forced to undergo psychological evaluations against his will – this goes against every constitutional principle this country was founded upon.  FBI, Secret Service agents and police in Virginia’s Chesterfield County questioned him about what they said were ominous posts talking about a coming revolution, pointing out the quote “Sharpen my axe; I’m here to sever heads.”(which turned out to by a lyric from a Canadian hip-hop group)  Police – acting under an obscure state statute that allows emergency, temporary psychiatric commitments [for 30 days] upon the recommendation of a mental health professional – took Raub to the John Randolph Medical Center in Hopewell, VA without charging him with any crime.

It is significant to point out that one of the 1963 long-term goals of the Communist party in their quest to communize America was to “Dominate the psychiatric profession and use mental health laws as a means of gaining coercive control over those who oppose Communist goals.”  Classifying dissidents as mentally ill is a timeless art.  In the former Soviet Union, millions were condemned to “psikhushkas,” or psychiatric prisons, in order to  isolate, discredit and destroy dissent and activism.  Even in our country, President Woodrow Wilson unsucessfully sought to silence suffragette Alice Paul through legal declarations of insanity.

Authorities have used the recent mass shootings to justify their actions in this case.  Dee Rybiski, a FBI spokeswoman in Richmond said, “We received quite a few complaints about what we’re perceived as threatening posts, given the circumstances with the things that have gone on in the country with some of these mass shootings, it would be horrible for law enforcement not to pay attention to complaints.”  The big concern here is that government officials are monitoring citizens’ private Facebook pages and detaining people with whom they disagree.  This is where the hypocrisy really is.  The Obama administration uses a double standard when determining right or wrong and even truth and lies and the cooperate mainstream media goes along with it.  Watch the video showing Liberal hate speech that maybe should be getting some media coverage and investigated before the next libertarian or tea party group.

Under the Obama administration’s NDAA, it is reasonable to assume that if Raub (or any other dissident) can be deemed a “terrorist”, even before manifesting intent to act, federal authorities could skip the entire judicial process and imprison him at the pleasure of the President.  Very few civilized nations allow unchecked power of this magnitude in the 21st century.  Further, the language of the NDAA is so vague that Raub’s entire family, friends  or anyone who “substantially supported” him or “associated forces” could also be  indefinitely detained without trial.

This is a scary new chapter in this nation’s history.  It is an unspoken understanding of the politically aware that the federal government monitors social media accounts of American citizens to mine for political opinions.  The extent of the snooping is classified, but a Freedom of Information Act release revealed that General Dynamics was awarded the $11.3 million dollar tax-payer funded contract to spy on social media.  Keyword-generated status reports “capturing public reaction” and opinions that “reflect adversely” on the federal government were produced weekly for the Department of Homeland Security.  Senior officials insist the government can be trusted and that citizens are not tracked by their political views at this time, but Ginger McCall, director  of the EPIC’s open government program points out, “The language in the documents  makes it quite clear that they are looking for media reports that are critical  of the agency and the U.S. government more broadly.  This [monitoring] could have a substantial chilling effect on legitimate dissent and freedom of speech.”

A comment from an on-line article on the case is interesting, “After the recent shootings and the Virginia Tech massacre, can the authorities really ignore threats that seem immediate?  Their job is to protect us.”  Surely, it must have been from a liberal idiot, but it should remind you of another famous quote.  Benjamin Franklin once said, “They who can give up essential liberty to obtain a little temporary safety, deserve neither liberty nor safety.”