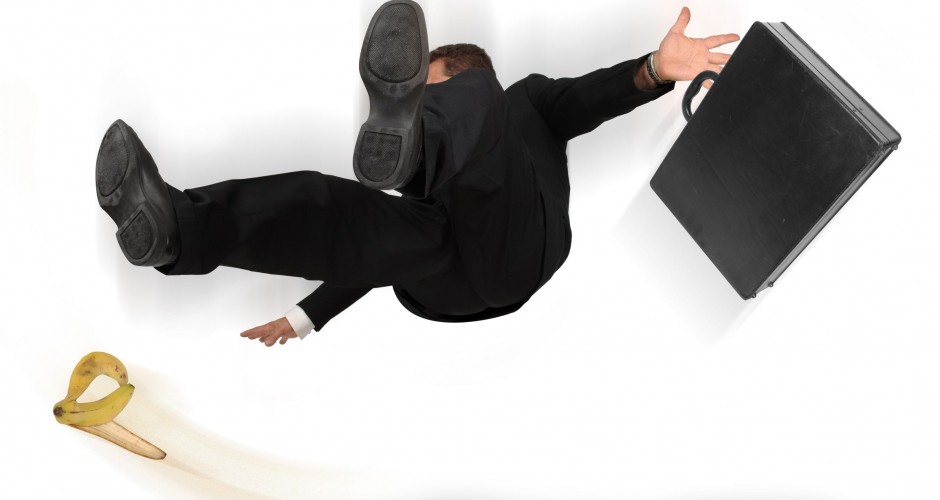 To those who astutely follow politics, its obvious to see Barack Obama for what he is – a Progressive.  Progress is a positive word and sounds good to most Americans, the question most forget to ask is where are we progressing towards?  The truth is that Progressives have the same goal as Communists, socialists, and fascists alike; state control of every aspect of ones life.  The mainstream media is the Progressive propaganda machine and likes to conceal the glaring facts of Obama’s red ajenda and tries to only show Barack Obama in a positive light.  Lucky for us, our President is a pretty mediocre speaker without a teleprompter and has made a few Freudian slips that should alert even passive voters to where our captain is steering the ship.

1.  “If you’ve got a business — you didn’t build that. Somebody else made that happen”

These statements are an insult to the millions of small business owners and entrepreneurs who are succeeding DESPITE President Obama’s economic policy.  This speech was a slap in the face to hard-working Americans demonstrating Obama’s belief that it takes a village—a heavily subsidized village—to create that venture you are profiting from.  It is his view of successful businesses—essentially, “You owe us”—that drives Obama’s continued attacks on the country’s job creators in the form of tax hikes and regulations.  Democratic leaders are demanding tax hikes, however, and threatening to allow Taxmageddon for the sake of politics—despite warnings that it would send the U.S. back into recession.

2.  “when you spread the wealth around it’s good for everybody.”

Karl Marx liked to spread the wealth around too, “From each according to his ability, to each according to his need.”  In the Obama-Marxist view, such an arrangement will be made possible by the abundance of goods and services that a developed fair society will produce; the idea is that, with the full development of scientific socialism and unfettered productive forces, there will be enough to satisfy everyone’s needs.  The fact is the top 50% of income earners pay 97.75% of the federal personal income tax and the bottom 50% pay only 2.25%.  So, how is it fair to claim that the wealthy do not pay their fair share?  It is not!  Its class warfare…

Even Hillary Clinton “was taken aback by the demeaning remarks Senator Obama made about people in small-town America, His remarks are elitist and out of touch.”  Under President Barack Obama’s leadership, the U.S. government has embarked on a program designed not only to eliminate all expressions of Judeo-Christian faith from public view, but to actually suppress organized religion altogether.  This is in complete violation of the 1st Amendment of the Constitution which guarantees that our government shall not prohibit the free exercise of religion.

*In May 2009, Obama refuses to host services for the National Day of Prayer, an observance put into law by Congress in 1952.

* In August 2011, the new health-care law (Obama-care) supersedes religious conscience. The government is subsequently sued by the Catholic Church.

*In February 2011, the White House instructs the Justice Department to stop defending the federal Defense of Marriage Act.

Barack Obama spent his entire political career proudly and publicly pushing for  the most radical anti-gun positions imaginable.  He endorsed a total ban on  the manufacture, sale and possession of handguns. He opposed right-to-carry  laws.  He even voted to ban nearly all commonly used hunting-rifle ammunition.  The Obama administration has vowed to support and implement theU.N. gun-ban treaty which will destroy our Second Amendment freedoms.

President Obama argues that Republican economic theory is a failure and called “gaping inequality” across the country a moral shortcoming that is distorting American democracy.  He even declared that the decade before the Great Depression was not a prosperous one.  I beg to differ, the “roaring twenties” were called so because per capita income increased 37% from 1921 to 1929.  Glenn Beck explains free markets well, by arguing against Barack Obama’s view that Adam Smith’s theories on the Invisible Hand are false because it just “never worked”.  Unfortunately, he’s forgetting to couple “Wealth of Nations” with “The Theory of Moral Sentiments.”  Beck goes on:

“(“The Theory of Moral Sentiments”) is the part that says there’s something to do with the heart, there’s something to do with moral sentiments, there’s something to do with right and wrong.  We’ve got to make sure we grow that.  Otherwise the Invisible Hand will crush you!  What do you say we put both parts of the theory together?  America is great because America is good.  The Theory of Moral Sentiments.  Read it.  Read it.  He’s right.  The Invisible Hand, along with the Theory of Moral Sentiments.  That’s the part the president never gets.  He never understands it.  He never talks about the goodness of America, the goodness of its people, except in grotesque terms.  He doesn’t trust the American people.  He just wants to give the American people a handout.  He wants us to strive, strive to be middle class…

5.  “We are five days away from fundamentally transforming the United States of America.”

Fundamental change?  Well, we have had our first ever credit downgrade, have not passed a budget in over three years, racked up over five-trillion in debt,  enacted socialized health care, and are proposing tax policies that are just a massive redistribution of wealth.  Barack Obama is a Marxist, his parents were Marxists, his mentors, friends, preacher and teachers were Marxists, and he has surrounded himself with like-minded radicals.

If we continue to leave Barack Obama and the Progressives of both parties in charge, they will ONLY lead us into total collapse and a destruction of our Republic, the Constitution and our Democratic Country and Society! The road we are traveling will result in granting the government ultimate power and control over the States and the people. Americans are great and America is still the shining city on the hill.  The American spirit is different than those of  the rest of the world.  Americans do believe in individualism, NOT collectivism.  This rugged individualism is the reason why the world has seen so much growth and prosperity since 1776.  Barack Obama wants to transform America into a European model with more emphasis on civil service, government involvement, and a communitarian effort.  NO!  We must overthrow this ideology  by removing the Progressive minded, elitist, corrupt politicians from office as quickly as possible and replace them with representatives who share our similar values for the right kind of change.  The Tea Party advocates a smaller less powerful government that is controlled and remains subservient to the will of We The People…